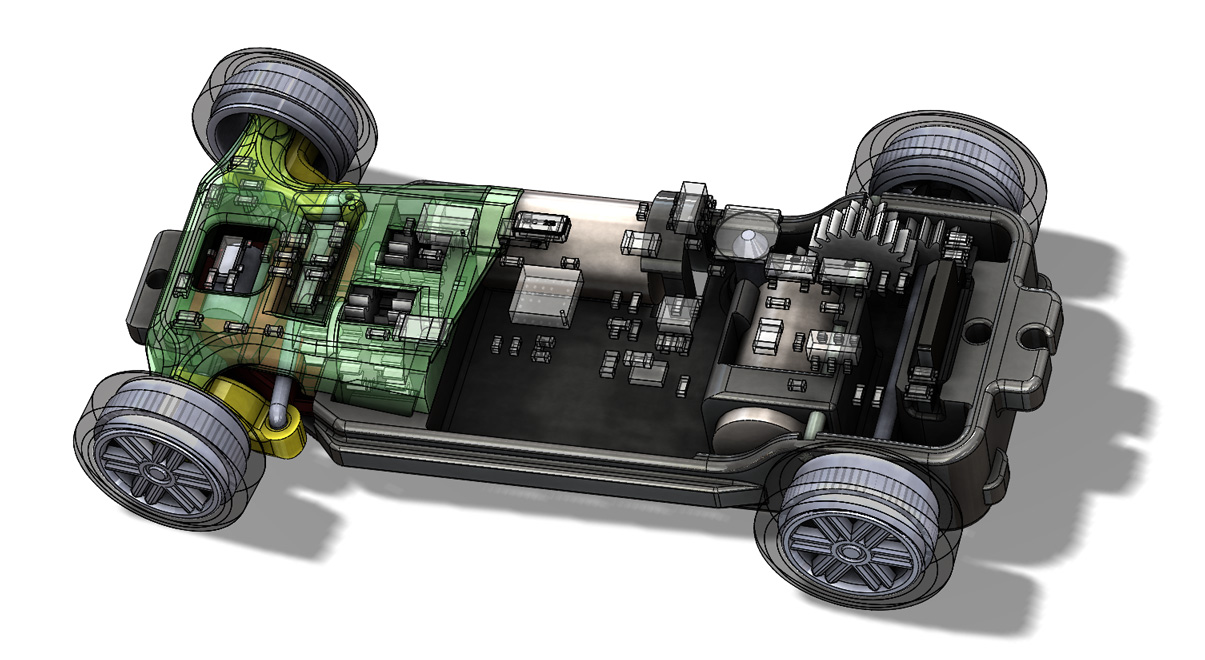 2017 March 22:
All chassis parts have been produced and Assembly starts! PCBs are complete! See sliders below for injection molded parts and assembly of the complete chassis! The tooling for the Pickup truck is completed as well, will have test injection done end of this week, if everything goes smoothly all the parts will be off to the paint shop!. Sports car shell tooling ran into some hiccups with the parting lines running across critical areas which made the parts out of tolerance. Factory is completely owning up on the mistake/miscommunication and is almost done revising the tooling, expect to be completed next week and test injection done shortly after!

2017 March 10:
Factory Visit! See below sliders for pictures!
Production Scheduled for March 16, All injection parts to be completed by March 22 (1 injection machine completely dedicated to our production, 2 sets of toolings used per day).
That means we will spend March 23-24 to do inspection and incoming QC of all the parts, and we can start assembly March 27.
Although we have done a trial run of the electronics, we will do the actual SMT production this week. Pictures below (more coming soon). It only takes 2.5 days to do ALL the SMT production for the entire kickstarter run! The components have actually been sitting in our office for more than 2 months now, so we’ve finished checking all the parts.
We estimate we will assemble a total of 25 sets during the first week (exhaustive testing of the first 10 units, and battery run-down and cycle testing for safety testing). During the Second week we will be able to assemble 75-100 units and spend the Friday packing and shipping, after the first 2 weeks, we will then be able to do 200 units a week. Shipping is estimated to take between 4 days-12 days depending on the package selected.

Prior to shipping we will contact the intended recipient to confirm any special add-ons.
I wish we could assemble them faster, but we ran out of budget for factory assembly, so we can only commit to half a day of assembly during each work day (our regular work is what has been paying for the difference between the money that was raised and the tooling changes we made). The upside of this is that the engineers that worked together to design the Gear RC will be assembling them and QCing them personally!

2017 March 6:
Tooling ‘complete’!
Finally all the major injection toolings have been fitted and tested! Will receive what is hopefully the final batch of test injected parts on Monday, then we can give the go ahead to do the full production run.

Due to the redesigns and growing cost, we will be doing final assembly in our office by ourselves. The downside is delayed shipping, but the major upside is you will have the engineers who designed the cars assembling them instead of minimum wage factory workers!